Ron Bergeron was raised in Davie, Florida, a small town with a population of about 500. His mother and father owned a small grocery store. In 1962, Bergeron graduated from Stranahan High School and left home with a few hundred dollars in his pocket. Bergeron mowed pastures, baled hay, and harvested fruit. He never turned down a job and worked many 18-hour days. He sometimes slept under his tractor.

At the age of 21, Bergeron noticed that the most successful people he knew were landowners, so he began buying real estate. In 1965, he incorporated Bergeron Land Development and began building driveways. He also began buying tracts of land that were in the path of development. His company would eventually build entire cities and major road systems and state highway interchanges.

Bergeron Land Development grew to be one of the most highly respected and largest site-development and roadway construction companies in Florida. Appointed by the Governor, Bergeron serves as a Florida Fish and Wildlife Commissioner. He has been a tireless champion for the restoration and protection of the Everglades, one of the natural wonders of the world.

Jim and Ron talk about what they both love – Florida and the great outdoors – as well as a little bit about how Ron overcame such great odds to be one of Florida’s great citizens/leaders. 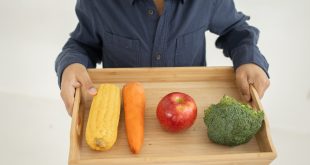