Previously, Scott was Vice President of Acquisitions at Thor Equities. He was responsible for acquisitions in the Southeast United States including Miami, Washington, DC, Nashville, Austin and Charleston. Additionally, he was a key member of Thor’s expansion into Montreal, London and France. At Thor, Scott completed in excess of $2 Billion of acquisitions focusing on urban retail and mixed-use assets.

Jon Paul Pérez, the Vice President of Related Group, will also be on the show. Related has helped to define South Florida’s urban evolution through its dynamic living communities.

Before joining Related Group in 2012, Jon Paul Pérez worked for The Related Companies in New York for six years. There he oversaw all aspects of the development process for more than 900 units, with direct responsibility for financial modeling, design programming, and construction management. He also participated in securing capital for the firm’s $900 million distressed opportunity fund.

When The Related Companies purchased 425 unsold condominium units in Fort Myers, Florida, in 2009, Mr. Pérez was instrumental in selling all of the units within eighteen months. He also originated a $31 million construction loan for a 400-unit apartment development in Orlando, Florida, in 2009.

Mr. Pérez graduated from the University of Miami in 2007 with a degree in business and recently received his MBA from Kellogg School of Management at Northwestern University. 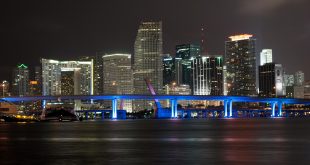