This hardly ever happens, but we’re hoping it happens a lot more often. The most recent Fried On Business show featured two exceptional businesswomen, one interviewing the other.

Arden Karson, Senior Managing Director for South Florida at CBRE, appeared for the company’s The Edge segment to have a conversation with Anna Squires Levine, General Manager of Coworking at Industrious.

Now, if you haven’t heard of them, Industrious is the largest premium flexible space provider in the U.S.

For her part, Anna has been recognized in the Forbes 30 Under 30 list and has been named a Global Shaper by the World Economic Forum.

Joining Industrious was a big change for Anna, but a welcome one, she said.

Anna grew up in Philly and has traveled often to South Florida. She studied organic chemistry with plans to become a doctor or join a pharmaceutical drug company.

But she shifted gears and joined McKinsey & Company to work on projects aimed at eliminating pediatric HIV in South Africa.

Anna told Arden that Industrious was in the “toddler” stage when she arrived. It was a small company with a proven product.

Initially, she had a hand in everything. Now, as the General Manager of Coworking, she oversees all physical locations, as well as sales and operations.

Anna said the company has been very successful in Central Florida already and is eagerly eying opportunities in South Florida.

Project announcements are coming, she said.

“We’re here to be the experts are making you really productive at work every single day,” she said.

There are other providers in the space, so Arden asked how Industrious goes about differentiating itself.

Industrious views coworking, or flexible workspace, as not a niche product but rather an evolution of how people want to use commercial real estate, Anna said.

Most organizations that become clients of Industrious want a high-quality experience and a layer of services that they don’t have to plan, she said.

The focus is on quality, and that means things like marble countertops and leather couches. Full breakfast every day. Coffee, tea, sparkling beverages and snacks. IT and printing services. Space for hosting your own events. Access to Industrious properties in other locations.

“There’s a space when you want to be in your office, head-down, doing work. There’s a comfy couch when you want to be out in the open, listening to a radio show or a podcast like this in a bit more of a social environment. There are beautiful conference rooms where your clients will be really impressed to come,” she said.

“We really focus on making sure, in the details, that every single one of those experiences is something you’re proud of and makes you more productive.”

There is no particular target regarding industry, Anna said, but most Industrious members are mature, well-established organizations. The formula has proven successful in a variety of real estate types and locations, including retail settings.

“In terms of geography and submarkets, we look for locations where people want to be during the day – where they want to work, no matter what kind of setting it is,” she said.

Arden asked how having Industrious as a tenant might impact the performance of a commercial real estate property.

Anna said the company is taking steps to quantify that very thing, but their assessment is that the effect is positive. In some cases, amenities are available to all building tenants, not just Industrious members.

Arden concurred. CBRE, she said, is also studying the trend and, so far, the numbers indicate better value for property owners who have coworking tenants.

Anna is obviously an outstanding young businesswoman, so Arden asked about the career advice she might give to women seeking to be in leadership positions?

“I’ve never really known what’s next. I don’t have a 20-year plan. As evidence, in my career, I’ve seen a lot of changes that to many people seem to be out of left field, and yet to me have all added up to a set of experiences that are meaningful where I’ve been able to contribute to the world and also learn a ton,” she said.

“So my first piece of advice is it’s okay if you don’t know exactly what you want to do or where you want to go. I don’t think most people do. I think it gets really intimidating when you think you need to.”

The third piece of advice can be summed up in three words: Go for it. That may not be appropriate for every decision, she said, but sometimes it’s the best way to make progress where the downside risk is small.

This was an impressive interview. Don’t miss it. Click here to listen to Arden Karson’s entire conversation with Anna Squires Levine of Industrious.

Best of Fried on Business- Adapting Your Brand; The Metaverse

Welcome to Jim Fried's Youtube Channel. Jim is the host of the podcast, Fried on Business.

You will find a few playlists:
Fried on Weed
Fried on Business
Fried on Tech
Fried on Politics
Fried on His Family

Jim speaks with the best and most innovative leaders in the industry. Join him every Wednesday at noon as he live streams the longest-running business talk show in South Florida, and get the best tips you can use to make your life and your business better today!

Fried on Business: What Adaptive Reuse and the UF Real Estate Program Have in Common

Adaptive Reuse and Why Attend the University of Florida #RealEstate Program 🧡💙‼️

We met while Garritt was a student at UF😊

One of his main focuses is #adaptivereuse

And -
I continue to reach out to my many clients and contacts about our equity programs.

Adaptive Reuse and Why Attend the University of Florida #RealEstate Program 🧡💙‼️

Our front door lock was giving us issues for weeks

I thought it was out of alignment

The solution you are seeking could be very simple🎉🎉

I’m sorry 😭to inform you


And embarrassed 😓to admit 😬the bigger the better. 🤗

Jim speaks with the best and most innovative leaders in the industry. Join him every Wednesday at noon as he live streams the longest-running business talk show in South Florida, and get the best tips you can use to make your life and your business better today!

Fried on Business: Art as an Asset with Jeffrey A. Glusman

Creative Finance :
Borrowing Against Your Art or Your Home… 🖼🖼🖼🏠🏠🏠

Tune in today at Noon 🕛

Creative Financing for Your Home or Art Masterpieces

Make sure to watch my #linkedin
feed for some
comments and notes about what the speakers say.

DM, email or call me if you would like to get my #whitepaper on real estate tokenization.

It highlights the different methodologies of the new #web3 approach to real estate finance.

We discussed the questions you should ask and how to put the entire process together including:

🟢how much it should cost you and

🟢which service providers are best for you and why


Some of our financing Programs are profiled below.

As the Calendar Turns from July to August… 🗓

It’s been a long hot summer 🥵

Capital markets have been in dramatic flux 🤔

Deals that work just two months ago are now 😡

Some of our programs are outlined below🤩

Call me if I can help you ☺️

I Push Hard Every Day 💪💪

I usually wake up at about 515 every morning⏰

Today I decided it would be different👍👍

I woke up, did my stretching and then went for a bike ride🚴🚴🚴🚴

I live in the most magnificent neighborhood🌴🌴🌴🌴

After spending the morning working I went back out and had a leisurely lunch.

Then I went back to the house and began to get organized.

I ended the day with a Casual meeting with one of my biggest clients.

Today I did not have a high volume of phone calls but the phone calls I did have were spot on.

I only had one meeting today but it was tremendous!

It’s never the volume of the meetings or calls it’s always the quality!

I Changed my daily routine today and boy was it terrific 💥‼️✅

Hey - Slow Down and Take a Break! 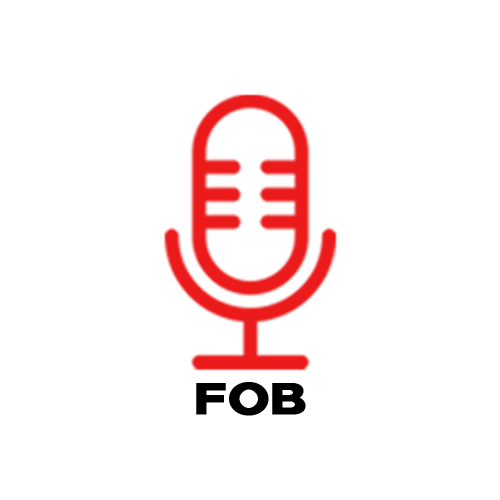