BNI Networking and Mindfulness, Ovarian Cancer Detection Advances and Treatment, Where are the Jobs in this Recovery?

Dr. Ivan Misner is the founder and chairman of BNI, the world’s largest business networking organization. BNI was founded in 1985 and now has 6,300 chapters throughout every populated continent of the world.

Dr. Misner’s Ph.D. is from the University of Southern California. He is a New York Times bestselling author who has written 17 books, including his latest book titled “Room Full of Referrals.”

He is a monthly columnist for Entrepreneur.com and Fox Business News and has taught business management at several universities throughout the United States.

In addition, he is the Senior Partner for the Referral Institute – a referral training company with trainers around the world.

Called the “Father of Modern Networking” by CNN and the “Networking Guru” by Entrepreneur magazine, Dr. Misner is considered to be one of the world’s leading experts on business networking and has been a keynote speaker for major corporations and associations throughout the world.

We discuss business networking and mindfulness.

Dr. Brian Slomovitz, recently started the Ovarian Cancer Early Detection Clinic at UHealth. He is the new Director of the Division of Gynecologic Oncology at UHealth.

One of his first initiatives is starting an “Ovarian Cancer Early Detection Clinic,” which opened its doors on September 22.

This clinic is a one-stop-shop for potential high risk women, where they will be able to have diagnostic testing, meet with a genetic councilor as well as a Gynecologic Oncologist – all in the same visit. This clinic is the first of its kind in South Florida and is generating a lot of attention.

We will discuss advances in ovarian cancer prevention and detection.

Where are the Jobs in this Recovery?

Jim gives his take on the “recovery”. Where are all of the CAREERS? 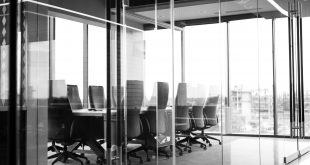 Help During Coronavirus With Tom Handler