On this week’s show, Philip J. Spiegelman of ISG World discusses the current state of the South Florida condo market. Then, Spiegelman is joined by branding expert Bruce Turkel to discuss branding Miami and how it impacts the property market. Turkel also talks about his new book titled “It’s All About Them!” Host Jim Fried gives us an update on Vivian Fried’s search for a kidney donor.

Philip J. Spiegelman, Principal at ISG World, is widely recognized as one of the world’s most successful and influential experts in the marketing and sales of luxury condominium projects. Since founding ISG, Spiegelman and partner Craig Studnicky have been responsible for more than $8 billion in sales of prestigious properties for leading developers.

Spiegelman is also a principal of International Realty Services, a leading service provider and consultancy for major investors in the current real estate market. Spiegelman has been active in the real estate industry since 1970, first as a developer and then as a leader and authority in sales and marketing.

ISG is today the nation’s preeminent marketing and sales organization for luxury, high-rise condominiums, ranging from new construction to conversions and re-sales. ISG is active in Latin America, Europe and Asia as a leading global marketer for prominent developers, including Donald Trump.

Bruce Turkel, CEO and Executive Creative Director of Turkel Brands, joins Spiegelman to discuss branding Miami and how it impacts the property market.

A nationally recognized keynote speaker and author, Turkel has spoken at MIT, Harvard, TEDx, and hundreds of corporate and industry conferences. Turkel appears regularly on FOX Business and has been on CNN, ABC, CBS, and NPR. He has been featured in The New York Times, Fast Company, Communication Arts, and AdWeek.

Of course, Turkel is also a regular on our show. He also takes a minute to talk about his new book titled “It’s All About Them!”

For an update on Vivian Fried and her search for a kidney transplant, watch her interview on WPLGTV10 in Miami: http://bit.ly/Viv10 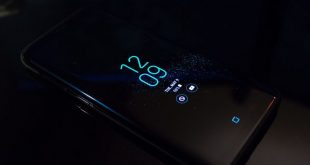