Dr. Ivan Misner is the founder and chairman of BNI, the world’s largest business networking organization. BNI was founded in 1985. The organization now has 6,300 chapters throughout every populated continent of the world. Last year alone, BNI generated 7.1 million referrals resulting in over $3.3 billion U.S. dollars worth of business for its members.

Dr. Misner’s Ph.D. is from the University of Southern California. He is a New York Times Bestselling author who has written 17 books including his latest book called Room Full of Referrals. He is a monthly columnist for Entrepreneur.com and Fox Business News and has taught business management at several universities throughout the United States. In addition, he is the Senior Partner for the Referral Institute – a referral training company with trainers around the world.

Called the “Father of Modern Networking” by CNN and the “Networking Guru” by Entrepreneur magazine, Dr. Misner is considered to be one of the world’s leading experts on business networking and has been a keynote speaker for major corporations and associations throughout the world. He has been featured in the L.A. Times, Wall Street Journal, and New York. Times, as well as numerous TV and radio shows including CNN, the BBC and The Today Show on NBC – and Fried on Business. We discuss the concepts behind effective networking.

Cory Vanderpool, Director of Business Development at Magnum Energy Solutions, discusses their unique technology and how it helps office building owners save on their energy costs by cutting unneeded usage.

What are the next REO real estate opportunities?

Denise D. Dell-Powell, a Partner in the Orlando office of Burr-Forman – is sometimes referred to as the “Queen of the Central Florida Bankruptcy Court.” Denise has more than 19 years of experience in bankruptcy and creditors’ rights, distressed property, dealer distribution and inventory finance litigation, including CMBS foreclosures, workouts and bankruptcy matters. In addition to a focus on banking and financial institutions, her career also includes extensive counsel to the hospitality, restaurant and citrus industries.

During her career, Denise has received numerous awards including being listed in Florida Super Lawyers and The Best Lawyers in America for bankruptcy and creditor-debtor rights law. She was also named by Best Lawyers as the “Bankruptcy Lawyer of the Year” for Orlando in 2012. In addition, Denise has been named a “Leader in their Field” in Bankruptcy & Restructuring by the highly regarded Chambers USA, a legal directory featuring client-led intelligence on America’s leading lawyers. She is also AV rated by Martindale-Hubbell. Denise’s appearance is sponsored by IMN as part of its real estate work-out conference in Miami from February 13-14.

We disuses the future opportunities in REO real estate. 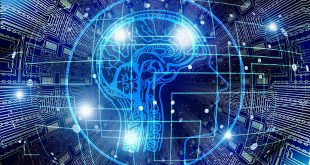 Stretch Your Imagination: The Real Estate Market Of The Future